Romanian and international pay TV and broadband service provider RCS & RDS has struck a preliminary agreement with Hungarian IT and telecom player 4iG for the sale of RCS & RDS’s Hungarian operation, Digi Távközlési Szolgáltató and its subsidiaries Invitel and I TV. 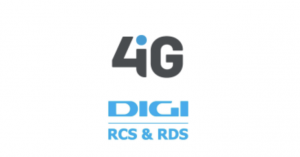 Under the agreement, which is expected to complete by September pending regulatory and other approvals, 4iG would acquire in full the shareholding of RCS & RDS in Digi in Hungary.

RCS & RDS, which operates as Digi Group, has been present for 23 years in Hungary, where it offers a portfolio of cable and satellite television services, fixed and mobile data and fixed telephony.

Digi provides services to more than 1.1 million subscribers nationwide and registered over 2.5 million revenue-generating units as of December 31, 2020.

Completion of the deal would enable 4iG to become one of the largest domestic broadcasters, broadband Internet and fixed and mobile phone service providers in the country.

The company said that the acquisition would fit in with expansion plans announced jointly with transmission services provider Antenna Hungária in the telecommunications market, which the company initiated last year with the creation of CarpathiaSat, a public-private partnership established to launch the first Hungarian commercial satellite, and Hungaro DigiTel, a provider of satellite telecommunications services.

“Successful completion of the acquisition could be a huge step for 4iG to gain a dominant position in a new strategic industry. We intend to build an important role for Digi in the creation of the national telecommunications platform planned jointly with Antenna Hungária, with which we can open a new chapter in the Hungarian telecommunications market,” said Gellért Jászai, president and CEO of 4iG.

Serghei Bulgac, CEO of RCS & RDS, said: “The Digi Group is a leading company in the Hungarian telecommunications market and we are proud of our achievements in recent decades. At the same time, we are constantly analysing and considering our international presence and exploring further growth opportunities. Based on these, we see that under the right conditions, the transaction announced today could be an important step forward in the strategy of both parties. We are at the beginning of a long and exciting process, but we are confident that we will be able to close the transaction successfully with 4iG.”