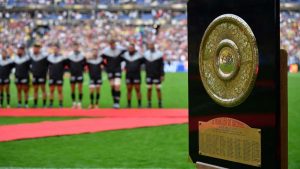 France’s professional rugby football body, the LNR, last week launched an invitation to tender for media rights, following hard on the heels of the country’s professional football body, the LFP. The latter is re-tendering rights returned to it by Spanish broadcaster Mediapro after it failed to maintain payments in the wake of the COVID-19 pandemic.

The LNR surprised observers by launching a call for tenders for France’s Top 14 rugby tournament up until 2027.

The LNR and Canal+ have maintained a close relationship, with the latter last year licensing second-tier Pro D2 rights to the broadcaster for the period up until 20247, with Canal+ parent Vivendi given the right to commercialise the league’s matches abroad.

Canal+ is likely to take the top package, and possibly more, but the second package opens the way for another player to step in if the pay TV broadcaster decides to limit its commitment.

According to sports newspaper L’Équipe, the winning bidder will be required to pay half of the total upfront in a move designed to avoid exposure to the fate that befell the football league.

The published reserve prices would give the LNR a total of €105 million, up from the €97 million paid last time round by Canal+.

“We have been working on this call for tenders for several months because we need to look to the future and enable the clubs of the LNR to work with greater assurance and transparency, even more so in the context of the current uncertainty linked to the public health crisis and its economic consequences. The forthcoming 2023 World Cup in 2023 opens great opportunities for exposure and value creation for our sport. The Top 14 is the most attractive championship in the world and a fantastic window on club rugby and France’s training and development,” said Paul Goze, president of the LNR.