Tele Columbus has become the first German cable operator to offer the Fritz! 6660 Box router to its customers. 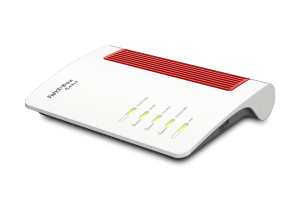 Tele Columbus is making the box available to existing bundled customers free of charge, while those with an internet-only subscription can acquire it for €3 a month.

The box is compatible with the DOCSIS 3.0 and DOCSIS 3.1 standards and includes WiFi 6 connectivity, enabling users to connect multiple devices within the home.

Tele Columbus, which operates under the PŸUR brand, said that the device can optimise data transmission even in the crowded 2.4GHz band.

The cable operator is also making the Fritz! 1200 Repeater available to enable users to set up a Mesh network to enable more complete in-home coverage.

In other Tele Columbus news, the operator has completed the expansion of its FTTH network in the Plön district in Schleswig-Holstein in northern Germany.

The rollout of fibre provides a network capable of delivering speeds of up to 1Gbps to around 12,000 homes in the district. The fibre network rollout, said by Tele Columbus to be one of the largest broadband projects in Schleswig-Holstein, was transferred to a local public broadband association, the Zweckverband für Breitbandversorgung im Kreis Plön übergeben, once it was completed.

The rollout, carried out by Tele Columbus subsidiary Pepcom, is one of a number of projexcts deigned to delvier fibre broadband to predominantly rural communities across the country.