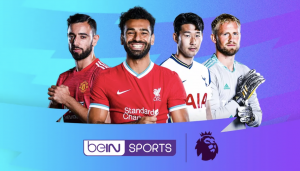 Qatar-based BeIN Media has tentatively welcomed Saudi Arabia’s decision to end its blockade of Qatar but noted that the Saudi government has not yet addressed the ongoing permanent ban on BeIN Sports in Saudi Arabia.

The ban on the sports service has meant that the English Premier League, among other high-profile sports, has not been officially available in Saudi Arabia for the last three and a half years, leading to widespread piracy – most notoriously via the now off-air pirate service BeoutQ.

Saudi Arabia made its ban on BeIN Sports official on a permanent basis only in July last year, ahead of its aborted takeover bid for Newcastle Utd football club.

It is understood that Saudi Arabia’s decision to open its land border with Qatar as part of the ending of the blockade, which comes after behind the scenes diplomatic manoeuvres and reflects wider geopolitical calculations on the part of regional and international players, may also be tied to Qatar dropping three outstanding international legal cases, including BeIN Sports international investment arbitration in London seeking US$1 billion in damages related to BeoutQ’s piracy.

Al-Marri will play a key role in managing the official broadcaster’s coverage of the Turkish Super League and other premium sports rights, while further integrating Digitürk into BeIN Media Group’s global network.

Al-Marri started his career at Al Jazeera Sport and was previously chief marketing and promotion officer at the Qatar Tourism Authority.

Yousef Al-Obaidly, CEO of BeIN Media Group and Digitürk, said: “As the market-leading sports and entertainment platform in Turkey, we are constantly looking to build our senior bench with Mr. Al-Marri being our latest addition to the Digitürk team. We have our biggest year yet ahead of us in 2021, and I am confident Mr. Al-Marri will help us continue to promote and grow Turkish football and talent, both domestically and on the international stage.”