A minority investor in Altice Europe has objected to the all-cash offer launched by founder Patrick Drahi with the aim to take the company private, and has accused Drahi of an “illicit” move to transfer value to himself at the expense of other shareholders. 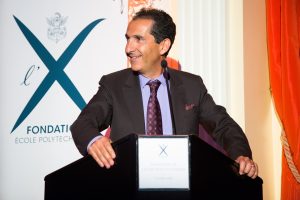 Lucerne Capital Management, which advises funds owning about €94 million of Altice Europe stock, has written a letter to the board objecting to the €4.11 a share offer in strong terms.

Lucerne said it had serious concerns about the price of the offer and Altice Europe’s corporate governance. It also raised questions about the legality of the offer in relation to a Dutch requirement that minority shareholders should be given a reasonable exit opportunity.

“As you are aware, the vast majority of Altice Europe’s minority shareholders believe that the public offer is nothing more than an illicit attempt by Mr Drahi to exploit the Covid-19 pandemic to yet again transfer massive value to himself, to the detriment of the minority shareholders,” the letter said.

“For this reason, the offer is set up in a way that the minority shareholders are forced to sell their shares at a price pre-determined by Mr Drahi, regardless of their level of willingness to accept the offer price voluntarily. As it is structured in a pre-wired fashion, and as Mr Drahi already has the required majority to vote through the pre-wired restructuring measures himself, Mr Drahi is apparently hoping to push out the minorities quickly while avoiding any sort of scrutiny of the price by the courts.”

Lucerne said it believed the offer was illegal under Dutch law and called into question the integrity of independent board members including chairman Jürgen van Breukelen, the managing partner of Gilde Equity Management.

The investor said that the independent board members were acting as a “rubber stamp” to “an obviously improper scheme” and accused them of allowing Drahi and Altice Europe CEO Alain Weill of extracting hundreds of millions of euros from the company through related party transactions and other schemes.

Lucerne said that if the board members did not “take seriously their fiduciary duties” it would ask the Dutch Enterprise Chamber to order an investigation and request immediate measure stop the buyout being put to a vote at the planned January 7 EGM.

Drahi launched his offer last week. Altice Europe which operates networks and media in France, Portugal and Israel, is currently quoted on the Amsterdam exchange. Drahi currently holds a 77.6% stake in Altice Europe.