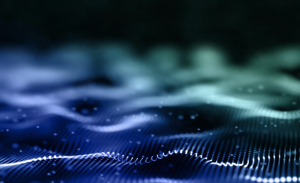 The new codec was created by the Fraunhofer Heinrich Hertz Institute (Fraunhofer HHI), a research institute in the development of mobile and fixed broadband communication networks.

Bitmovin has been an early mover in testing H.266/VVC for real use application and verifying its performance quality during Fraunhofer’s verification process.

The company says that now that H.266/VVC is finalised, it has become among the first to integrate the new codec and does not require device updates nor additional licences to do so.

H.266/VVC is claimed to be able to produce bitrate savings up to 50% compared to its predecessor H.265/HEVC, also developed by Fraunhofer, without losing perceived quality.

Bitmovin claims that compared to AV1, the codec created by the Alliance for Open Media (AOMedia), its testing showed up to 40% in bitrate savings.

Bitmovin said that testing during Fraunhofer’s standardisation process showed H.266/VVC has an advantage on 4K HDR video and is competitive with other codecs used in broadcasting and entertainment.

Benjamin Bross, head of video coding systems group at Fraunhofer HHI said, “With VVenC, we made a fast, high-quality VVC encoder for the new H.266/VVC standard publicly available that is a perfect fit for cloud encoding. We’re excited to see Bitmovin among the first to launch a cloud-based implementation of this groundbreaking new standard.”

Stefan Lederer, CEO Bitmovin, said: “We are honoured Fraunhofer has chosen to work closely with Bitmovin to integrate the new VVC codec into our Bitmovin Encoding solution. Our customers and the developer community are always eager to experiment with the latest video streaming technology. Bitmovin’s collaboration and integration with Fraunhofer means they now can test and innovate using the most advanced and efficient codec on the market.”