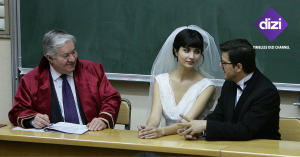 Orion is the exclusive distributor of SPI/FilmBox channels in the Russian market. Other channels distributed by Orion include FilmBox, FilmBox Arthouse, FightBox, Fast&FunBox, DocuBox,  FashionBox and adult channel Erox.

“Today, Turkish series are the country’s most popular economic and cultural export item, and we are happy to offer this riveting content to viewers across Russia together with Orion Group, our long-standing partner. TDC features many interesting high-quality and internationally-acclaimed series that have been awarded numerous international prizes,” said Murat Muratoglu, head of distribution at SPI International.

“Turkey is globally the second highest exporter of TV series abroad, after the United States. Dizis are now being watched by more than 400 million people in over 140 countries. The booming popularity of dizis has become a social phenomenon. There is a large number of online fan-clubs and communities of dizi followers, including in Russia. In this connection I believe that the launch of the Timeless Dizi Channel in this country is an important cultural event. And we are happy to be part of it,” said Irina Divnogortseva, global projects director, Orion Group.