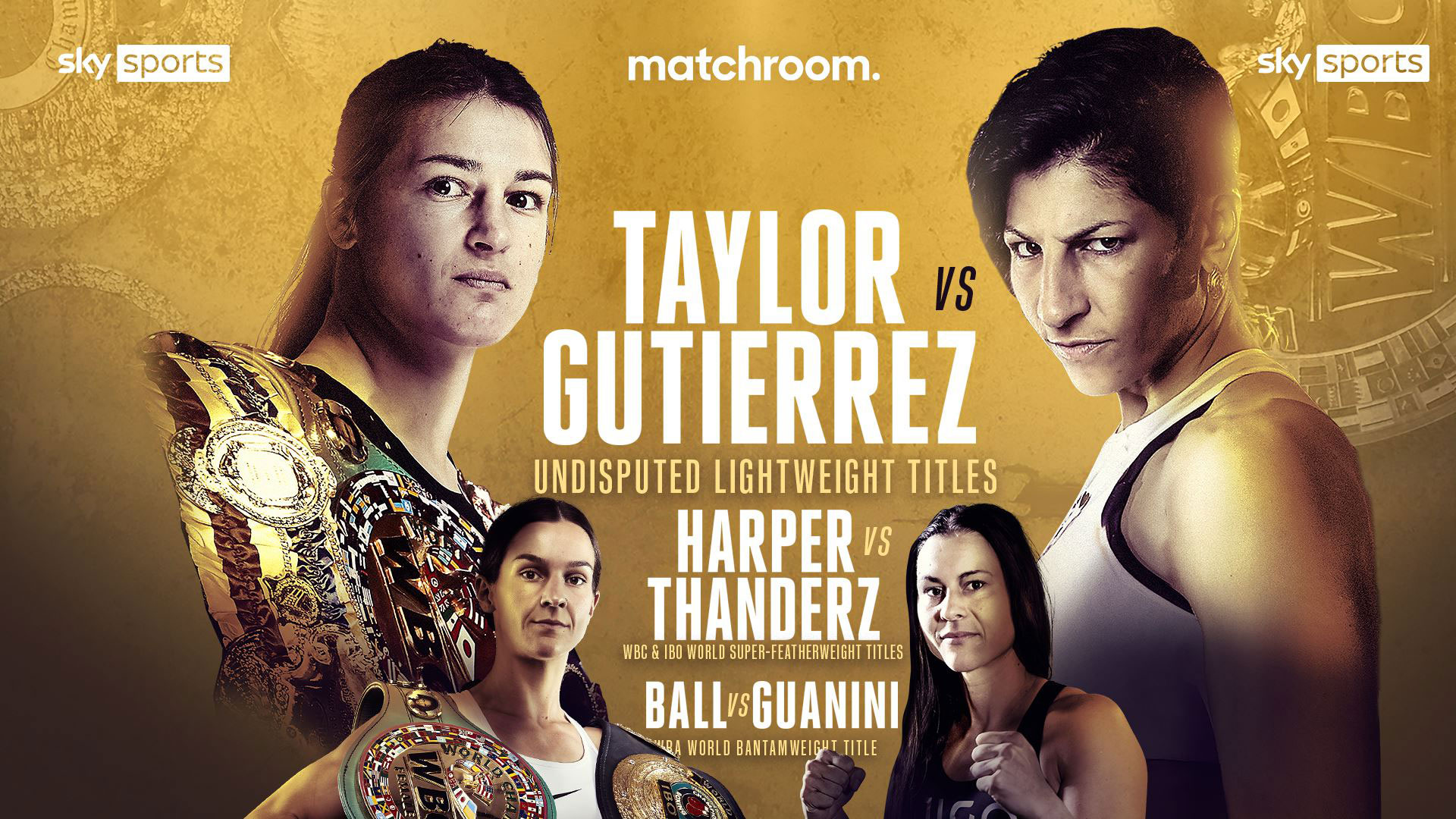 Sky Sports has announced it is making this coming weekend’s triple-header of women’s world title boxing fights available to UK viewers for free.

The women’s boxing-oriented Matchroom Boxing event taking place on Saturday will be available to watch on YouTube, Facebook and the Sky Sports website, in addition to the Sky Sports Arena channel.

The event will see undisputed lightweight champion Katie Taylor defend her title against Miriam Gutiérrez, while Terri Harper’s WBC super-featherweight championship will be on the line against Katharina Thanderz. Rachel Ball’s WBA bantamweight title fight with Jorgelina Guanini rounds out the event.

Adam Smith, Sky Sports Head of Boxing Development said: “We’re delighted to be able to make Saturday’s triple-header of women’s world title fights, a world first, available to a wider audience to showcase some of the brightest talents in the sport. We’ve been with Katie from the beginning of her professional journey and are proud to be a part of the boom we’re seeing in women’s boxing. Through live streaming the action, we are able to bring more boxing fans closer to the hard-hitting action than ever before with this world first.”

Eddie Hearn, managing director of Matchroom Sport said: “This is more ground-breaking news that helps us push women’s boxing to where it needs to be. The momentum of the last few years led by Katie Taylor has been special to watch but we have still got a long way to go.

“Without the support from Sky Sports this would not be possible and I’m so happy that so many people will be able to watch Saturday’s event.”

The move to make the event more accessible comes as a part of a previously announced commitment from Sky to increase its coverage of women’s sport. The broadcaster is making more live women’s sport available on its YouTube channel, including the Women’s Six Nations rugby union tournament, the Women’s National Basketball Association (WNBA), the Netball Superleague and women’s cricket.