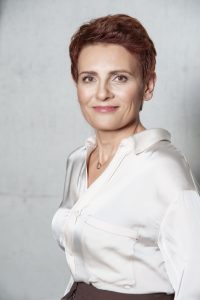 Vivendi-owned Canal+ Group is not selling any of its shares as part of the flotation and will remain the controlling shareholder.

Canal+ Polska intends to develop its OTT offering, launched earlier this year, and modernise its DTH platform, with the ultimate goal beting to integrate the two, evidenced by the recent launch of a new set-top box.

The group said it would also further invest in local content to differentiate its offering and maintain its independence.

It also intends to further invest in partnerships with telcos to expand its IPTV footprint, linked with the expansion of fibre-to-the-home networks.

“We are excited to be launching our IPO today. As the preferred premium entertainment provider on the Polish market with the most technologically advanced pay TV platform in Poland, we benefit from having a very loyal customer base which has been steadily growing over the past three years. We are well-prepared to take advantage of the opportunities connected with the spread of new technologies in Poland,” said Edyta Sadowska, CEO of Canal+ Polska.

“Our business model has proved resilient in the face of recent market challenges, as demonstrated by the results generated in the first half of 2020, with organic revenue growth of 2.8% year-on-year. Consequently, the company’s financial strength allows us to target the payment of dividends at the level of 75% of consolidated adjusted net profit,” she said.