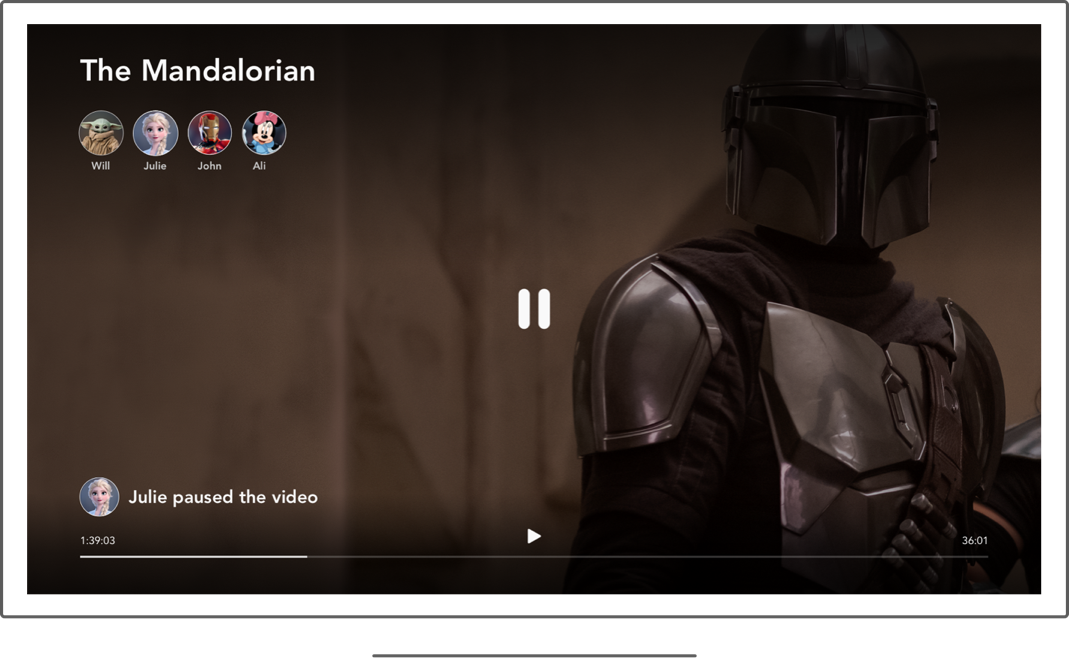 Ahead of the eagerly anticipated second season of flagship series The Mandalorian, Disney+ has rolled out its GroupWatch feature to viewers in the UK.

Initially introduced at the end of September in the US, the new feature allows multiple viewers to watch shows and movies from the Disney+ content library while they are apart and on separate devices.

The feature, integrated into the web, mobile, and CTV apps, allows for up to seven people to watch a show or movie with synced playback and share reactions.

Unlike other similar group watch features, such as the Google Chrome plugin Netflix Party, users are not able to communicate via text. Instead, Disney+ will allow users to react with one of six emojis.

The feature launched in the US following tests earlier in September in Canada, Australia and New Zealand, and further European expansion is expected in the coming months.

Of the feature, Jerrell Jimerson, SVP, Product at Disney+ said: “Storytelling comes alive when you’re able to share and enjoy it with others, and in this moment when many are still apart from their friends and family, GroupWatch offers a way to safely connect virtually by co-viewing your favorite Disney+ stories with your favorite people from the comfort of your living room.”

Streaming is becoming increasingly integral to Disney, with the company recently announcing a major restructure to its media business which elevated the focus on the D2C segment.