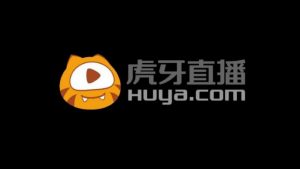 Game streaming platform Huya has announced an all-share deal to buy competitor DouYu in a move which will create an esports empire worth more than US$11 billion.

The move will merge China’s two biggest competitive esports platforms, and confirms a deal initially proposed by mediator Tencent in August. Tencent currently owns 38% of DouYu, and also holds interest in Huya. The giant, which also owns 48% of Fortnite developer Epic Games, will own 67.5% of the merged business’s voting shares, with this deal also allowing Tencent to promote its own streaming site eGame.

Combined, Huya and DouYu control over 80% of the Chinese game streaming market which is estimated to generate US$3.5 billion in revenue this year.

In a statement issued on Monday, the companies confirmed that investors have been offered 0.73 American depository shares of Huya for each ADS of DouYu. This proposal values DouYu’s equity at just short of US$6 billion.

The merger has already been unanimously approved by the boards of each company, and is expected to close in H1 2021 should DouYu’s shareholders vote in favour.

Along with promoting eGame, Tencent will concurrently close a deal that will add interests in live-streaming business Penguin e-Sports to the new firm for US$500 million.

The three services combined have a monthly audience of approximately 300 million users, and will serve to further Tencent’s domination of the Chinese tech industry.

Along with having interest in Fortnite which dominates streaming and pop-culture as a whole in the West, Tencent serves as the Chinese distributor of game franchises Call of Duty and PlayerUnknown’s Battlegrounds, owns and operates leading messaging platform WeChat, owns SVOD Tencent Video, and even has its own credit score system.