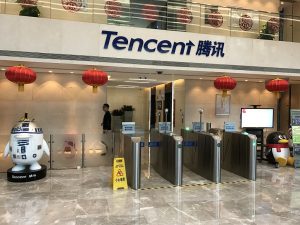 DouYu and Huya have long been battling to become the top esports platform in China, but Tencent has announced plans to bring them together under one roof. Tencent is also an investor in Bilibili and Kuaishou, two more popular general gaming streaming platforms.

Tencent is currently the largest shareholder in DouYu with a 38% stake, and has offered to buy 30 million shares in Huya from video-based social network firm Joyy for US$810 million. Joyy is also the owner of Likee, a competitor to short-form video app TikTok, and issued a statement that Tencent would buy an additional one million shares from Huya CEO Rongjie Dong, effectively buying him out of the company.

The deal would see Tencent hold 51% of HuYa’s shares and 70.4% of its voting rights.

Tencent, which also publishes the mobile versions of Call of Duty and PUBG, is looking to sure up its position in the gaming market and steady its financial position. The company saw US$66 billion wiped off its market cap on Monday following last week’s executive order from US president Donald Trump banning its popular messaging app WeChat from the country.