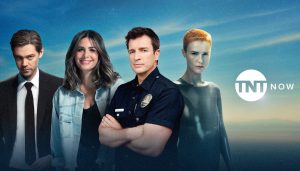 The addition of TNT Now to the Orange TV service in Spain will enable Orange subscribers to watch over 600 episodes of 54 seasons of 27 different TV series.

Content available at launch includes Ridley Scott’s Raised by Wolves, The Rookie and Prodigal Son, with new episodes to be added immediately they are available.

Other shows on the service will include comedies Vota Juan and Vamos Juan, Road Trip, the second season of which is currently in production, and Maricón Perdido, a fictionalised autobiography of journalist Bob Pop.

The addition of TNT Now will increase the number of à la carte options available on Orange TV, adding to a line-up of 90 linear channels and around 50,000 premium content episodes.

The launch of TNT Now is the latest addition to Orange TV’s line-up in Spain, following recent moves such as the launch of Eurosport 4K ahead fo the Roland Garros French tennis championship in September.