Cloud-based SaaS technology for broadcast and streaming specialist Amagi has said it registered year-on-year quarterly growth of 120% for the quarter ending September 2020.

The company now supports more than 400 channels on its platform for a variety of services including linear channel creation, distribution and monetization.

Amagi said the surge in cloud adoption by traditional broadcast TV networks, further accelerated by COVID-19, had contributed to its growth spurt. Having access to broadcast workflows from home, managing distributed workflows and ensuring business continuity have propelled cloud technologies since the pandemic began.

Amagi has expanded its streaming TV footprint across connected TV and ad-supported platforms such as The Roku Channel, Samsung TV Plus, Xumo, Plex, Vizio, Redbox, and Pluto TV. 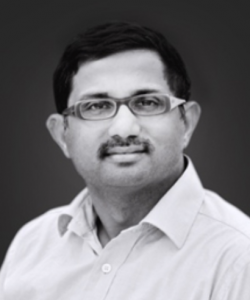 The company said helped launch over 150 streaming channels with 500-plus distribution end points to the platforms over the last year. According to the company, its streaming TV business segment has grown by 20 times, contributing nearly 48% of overall revenues.

Amagi, which added 40 staff this year and aims to add another 100 employees at its software development centre by March, is looking to double its team size in the US, and iis also set to double its team in Europe, its second-largest market.

“2020 is a pivotal year for Amagi as we establish ourselves as the leader in the cloud-based video distribution and monetization business. We enable traditional broadcast TV networks to virtualize their entire broadcast operations, delivering cost efficiencies of nearly 40-50%. At the same time, we are partnering with global content publishers to enable wider distribution and monetization of their content on streaming platforms,” said Baskar Subramanian, co-founder and CEO, Amagi.

“More than just numbers, it’s the quality of clients that speak to Amagi’s success in the market. Amagi is fast becoming the destination for all major tier-1 brands looking for a reliable cloud partner for their broadcast as well as expanding their distribution and revenues on OTT,” said Srinivasan KA, co-founder, Amagi.

“We are proud to be associated with some of the biggest brands in the business and  hope to enhance our service to our customers through continued innovation and investment in world-class cutting-edge video technology.”