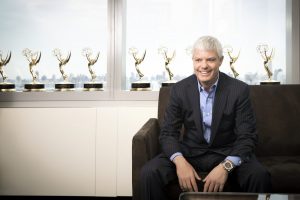 It is currently unclear how much the TV industry veteran has put in, but it is enough for him to be appointed as Andbox’s advisory board chairman.

Andbox is New York’s leading esports organisation which owns the city’s first professional esports team – the New York Excelsior – and operates in all aspects of esports from events to merchandising.

Levy, who also briefly served as CEO of NBA team Brooklyn Nets, is one of a number of high profile investors in Andbox. Other names include Adam Leibsohn, the co-founder and chief operating officer of Giphy, Major League Gaming (MLG) co-founder Sundance DiGiovanni, along with Black Panther and Creed actor Michael B. Jordan.

Farzam Kamel, Andbox’s co-founder and president, said: “David brings us tremendous experience in the entertainment and sports industries, and is extremely passionate about the things he gets involved in.

“His energy is truly contagious. He will be of immeasurable value to us as we build this business. We’re very fortunate to have him involved not just as an investor but in an active role leading our advisory board.”

Levy said: “It’s conceivable to me that the next multi-million or even billion-dollar global sporting franchise could be in esports,” Levy said. “It was only 25 years ago that you could buy an NBA team for under US$100 million – now that figure is more like US$2 billion. It will take time, however, to build out those franchises but it will happen eventually. There are four global sports: soccer, basketball, combat sports – and then there’s esports.”

While Levy is entering the world of esports, the news comes as ESL North America CEO Yvette Martinez-Rea has announced her departure from the company to join Verizon as its new vice president of sponsorships and partnerships. Martinez-Rea had served in the role since February 2018.