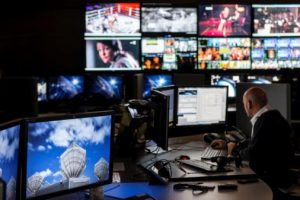 The pair have been partnered since 2003, with Sky being described as the “pre-eminent anchor customer” on Eutelsat’s Hotbird satellite group, reaching five million Italian customers.

Hotbird is positioned at 13°E over the Equator and with a transmitting footprint over Asia, Europe, North Africa, Americas and the Middle East. It is one of the largest broadcasting systems over Europe and will be upgraded with two new satellites to be launched next year which will replace the current array.

In addition to extending the partnership, the multi-year contract will secure a backlog of around €450 million, and Eutelsat says it will “guarantee broadly stable annual revenues in the medium term”.

Rodolphe Belmer, CEO of Eutelsat said: “We are delighted that Sky continues to rely on Eutelsat to reach one of its key markets in Europe. This agreement ensures long term service continuity for the millions of households in Italy which depend on satellite to receive television, and highlights the key role of satellite for broadcast distribution in Western Europe, today and in the future, by providing reach beyond the limits of terrestrial networks. It also reflects the unmatched coverage of the 13°East orbital position for Europe, and the general resilience of Eutelsat’s Broadcast revenues.”

Maximo Ibarra, CEO of Sky Italia added: “We are glad to continue working with Eutelsat, one of the world’s leading satellite operators, that has supported Sky since its inception. This agreement represents the latest step in a long and successful partnership that has lasted for many years”.

The deal will come as welcome news for Eutelsat which counts Sky among its most important customers, and last month charted ‘robust’ quarterly results.

Eutelsat posted total revenue of €1.278 billion for the year, with broadcast revenues accounting for €785 million, the largest and best-performing of its main industry verticals.