Virgin Media Ireland has switched on Gigabit Broadband services across its entire network in Ireland, bringing fast internet services to towns and cities across the country in what it describes as a significant national development. 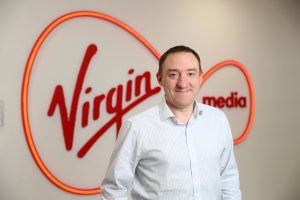 The launch of 1Gbps services across its entire Irish footprint makes Virgin Media the country’s largest gigabit broadband provider, surpassing all other networks.

Virgin Media said that Gigabit broadband is now available to over 97.5% of premises across Irish network, with almost one million homes passed by its network now gigabit enabled.

The company said that over 50% of all of the 1.75 million occupied premises in Ireland are passed by Virgin Media’s network and now have access to next-generation connectivity.

“We’re proudly leading the charge to make Ireland faster by offering gigabit connectivity across our footprint. No ‘roll outs’, no timeframes, just 1Gb broadband now, for everyone,” said Paul Higgins, VP of commercial at Virgin Media.

“We’re not announcing plans or ambitions or focusing on limited areas. Instead, from today, we’re providing lightning fast broadband connectivity across the country on our gigabit network. We’re able to do this as a result of our constant investment across many years in our infrastructure and network capacity, now totalling over €1 billion, together with the most advanced in-home customer experience. We know our customers are using their broadband more than ever before with data usage increasing by 40% since March. With our announcement today, we’re able to give customers the option of 1Gb broadband and the latest in-home technology to unlock the power of this new capability. The fastest just got faster.”

In other Virgin Media news, the company has announced that it will broadcast the forthcoming UEFA Champions League and Europa League finals free of charge to customers across the UK.

The Europa League final between Sevilla and Inter Milan will be played in Cologne tomorrow while the Champions League final will take place in Lisbon on Sunday.