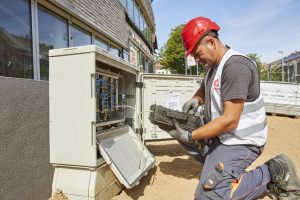 Vodafone Deutschland has said it is ahead of track to meet its objective of delivering Gigabit internet to 25 million homes by next year after passing the 21 million threshold.

The operator has also said it plans to begin field tests of the upcoming DOCSIS 4.0 standard within the next two years when the first prototypes of hardware are available.

The cable operator said that had added 1.7 million new connections to its previously announced total for Gigabit connectivity, delivered via the current DOCSIS 3.1 standard.

Vodafone claims that its progress is set to take Germany, long considered a broadband laggard, to number one spot in Europe for Gigabit connectivity by 2022.

The Vodafone Institute for Society and Communication commissioned research by Goldmedia that it said predicts that Germany will take the top slot with 36.9 million Gigabit homes, ahead of the UK with 25.7 million, France with 24.5 million and Spain with 17.8 million, thanks to Vodafone’s deployment of DOCSIS 3.1.

The company is offering 1Gbps internet for €19.99 a month for the first six months and €49.99 thereafter, which it says is the lowest-cost Gigabit offer in Germany.

Vodafone says that over half of new customers are opting for internet with 400Mbps downstream or above.

“With its cable-fibre network, Vodafone is the main driver for the expansion of high-speed networks in Germany. With today’s expansion, and above all with respect to our customers, we have well over 20 million reasons to celebrate,” said Hannes Ametsreiter, CEO of Vodafone Deutschland.

Ametsreiter said that the HFC network had yet to reach its limits.

“With every level of technology evolution, we make our cable internet even faster and better by bringing more fibre into the network and driving capacity expansion forward,’ he said.