Korean telco KT’s pay TV unit KT Skylife has been selected as the preferred bidder for the country’s fifth largest cable operator Hyundai HCN in a move that will shift the balance of power in the country’s TV distribution business towards KT as consolidation within the cable sector continues apace. 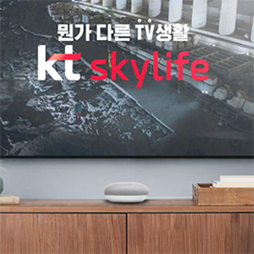 KT faced competition from service providers SK Telecom and LG Uplus to acquire the cable operator, which has been up for sale since March.

In a regulatory filing, Hyundai HCN said that the potential acquisition date and the price KT Skylife will pay are yet to be decided.

According to local reports, the operator could be worth around KRW400 billion (€280 million) to KT. Hyundai HCN is currently 66%-owned by Hyundai Department Store Group, with the remainder being free floated.

Hyundai HCN has around 1.3 million subscribers, giving it a market share of just under 4% at the end of 2019. KT and KT Skylife held a 31.5% share, making it the market leader.

LG Uplus and LG HelloVision – the former CJ Hello that was acquired by LG Uplus last year – had a share of 24.9% while SK Telecom – which merged with number two cable operator t-Broad earlier this year – had 24.2%.

The latest acquisition is subject to approval by the country’s Communications Commission and competition watchdog the Fair Trade Commission.

A number of other cable operators, such as D’Live and Central Multi Broadcasting, are also currently up for sale.