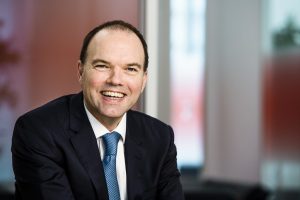 In TV, the company saw its base decline by 50,000, compared with a loss of 61,000 in the quarter to March.  It said that lower retail activity had partly been offset by reduced wholesale losses.

The company said it is on track to l launch a harmonised offering across all of our 24 million cable homes passed in Germany, bringing the Vodafone TV portfolio to the Unitymedia footprint.

Vodafone in Germany added 74,000 cable customers in Q1, including 38,000 migrations from DSL. its broadband customer base reached 10.8 million and it said that 1.8 million customers and subscribe to speeds of at least 400Mbps, with 19.5 million customers now able to access Gigabit speeds on its cable network.

In Spain, one of the company’s more troublesome markets, service revenue declined by 6.9%, hit by lower roaming revenue servie suspensions in business and promotional offers. However, the company said that it grew its contract mobile, NGN broadband and TV customer base for a fourth consecutive quarter.

Read said that across Europe, Vodafone’s fixed on-net penetration now stood at almost 30% and that Vodafone was now competing “across all market segments”.

He admitted that Vodafone faced “a tough economic environment” going forwards, but pointed to the company’s growing success in retaining customers, with churn across Europe declining for the seventh consecutive quarter.

The company has also launched Vantage Towers, its new dedicated cellular towers company, with an IPO on the Frankfurt exchange “firmly on track” for early 2021, according to Read.

The company operates 68,000 towers across nine markets, with its Greek division being bolstered by the acquisition of Wind Hellas’ tower assets, announced by the company today.