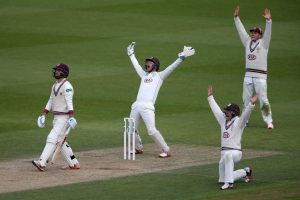 Facebook has tied up a streaming deal with Surrey County Cricket Club to broadcast the club’s home games on Facebook Watch for free.

The arrangement will see Surrey’s matches in the NatWest T20 Blast and the one-off Bob Wills Trophy shown on the club’s Facebook page with the first broadcast being the London Cup between Surrey Women and Middlesex Women on July 22.

This match will also have the task of being the first domestic cricket match in the UK since March’s lockdown.

Cricket, like all other sports in the country, will be played behind closed doors for the foreseeable future, with Surrey saying that Facebook provides the best way for fans to participate in the action.

Jon Surtees, head of communications at Surrey CCC, said: “County cricket has always had a large and dedicated online following and we’re excited to be taking this to the next level. We have a highly engaged community of fans on Facebook, and although we’re only able to welcome a small amount of them back to the Kia Oval for now, hopefully this coverage will be the next best thing – allowing fans from to follow Surrey’s pursuit of the Bob Willis Trophy and NatWest T20 Blast, and engage with other fans from around the world.”

Richard Gould, chief executive of Surrey CCC, said: “Throughout our 175-year history, Surrey have frequently enjoyed a forward-thinking reputation. This partnership exemplifies that and will allow us to bring quality coverage of world-class cricket, featuring some of the biggest names in the game, to our fans around the world.”