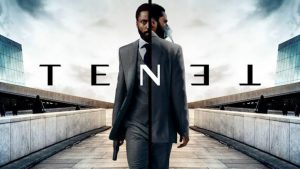 Transactional video on demand (TVOD) looks likely to be the preferred method of film releases for some time following the indefinite delay to blockbuster movie Tenet.

Tenet, directed by Dunkirk and Dark Knight Trilogy-maker Christopher Nolan, was touted by many as ‘the saviour of cinema’ and was scheduled to be the first major theatrical release in a post-pandemic world on August 12.

However, while cinemas around the world are starting to reopen with socially distanced measures in place, WarnerMedia’s film distribution arm Warner Bros. has announced that Tenet will be delayed indefinitely.

In a statement, Warner Bros. Pictures Group chairman Toby Emmerich said: “Unfortunately, the pandemic continues to proliferate, causing us to reevaluate our release dates. We will share a new 2020 release date imminently for Tenet.”

This is perhaps informed by the rising count of coronavirus-positive cases in the US – the primary market for the film which was initially due for release on July 17.

The studio had been in a curious stand-off with Disney over which would be the first to pull the trigger on a major movie release. Disney’s live action adaptation of Mulan was set for international release in March, but this was delayed by the pandemic and has been rescheduled multiple times with it currently set for August 21.

Throughout the lockdown, a number of major film distributors have made their planned theatrical releases available to rent on streaming platforms and this looks likely to continue. These distributors will have been buoyed by the fact that TVOD purchases grew massively in April with consumption growing 42.45% year-over-year.

Similarly, both Disney and WarnerMedia shifted their releases of Artemis Fowl and Scoob to be exclusively available on Disney+ and HBO Max respectively.