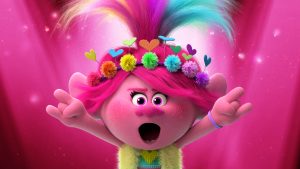 April was the peak for transactional video on demand (TVOD) purchases in the US, with consumption dropping off in May.

According to new stats from Comscore, TVOD has seen a continued year-over-year increase during the ongoing coronavirus pandemic, but May’s decline compared to the previous month indicates that consumption may be returning to pre-pandemic levels.

Perhaps unsurprisingly, given the shelter-in-place orders that have been issued by many US states, sports and fitness proved to be the biggest categories with 232% and 486% growth through April 2020 as the nation looked to remain active. Sports was one of the few to continue its growth through to May, with a year-over-year increase of 925% for the category.

Life and home TVOD content also saw a significant growth of 96.35% in April, even increasing marginally in May.

Kids TVOD content saw a year-over-year decline of between 9-20% in the first three months of the year, only seeing 1.13% year-over-year improvement in April before dropping by 4.52% in May. This may be due to the high-profile launch of Disney+ in November 2019, with the streamer having a focus on the company’s enormous library of family-friendly content.

TVOD movie consumption saw 42.45% year-over-year growth in April, indicating that the strategy of major film distributors such as Universal to shift a number of their cinematic releases such as Invisible Man and Trolls World Tour to the small screen has paid off.

This report echoes a similar study from Strategy Analytics which showed a ‘pandemic peak’ in April for the viewership of Netflix.