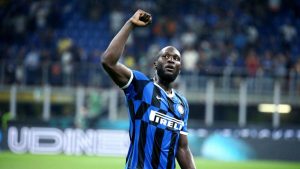 Sky Italia will continue to broadcast Serie A after the league’s clubs agreed to not without the signal from the operator.

The pair had been at an impasse over rights fee payments, following Sky’s refusal to pay €131 million during the coronavirus shutdown. Last week, Sky was issued an injunction after the league appealed to Milan’s civil court. The broadcaster was given 40 days in which to pay or appeal against the decision.

Sky Italia had requested a rights fee reduction equating to a reported 15-18%, though this was rejected by the court.

Despite this dispute, Serie A has decided against enforcing a ban on Sky’s broadcast while still demanding payment.

A statement from the league said that it had “decided not to suspend the execution of the licence agreement of the audiovisual rights despite the failure, by Sky, to pay the last instalment of the payment due” but that it still wanted to “‘reiterate to Sky the order to pay the instalment due in May in view of the injunction issued by the Court of Milan”.

Lega Serie A said that the move was made to “protect and in full respect of fans, sponsors and all stakeholders.”

Sky may however still refuse to pay up, using the example of beIN Sports as precedent. Though it does not hold domestic rights, beIN blacked out its coverage of Serie A in the 35 territories in which it holds the broadcast rights – including France and MENA countries – over what it believed to be inaction over Serie A’s approach to piracy.

BeIN had been in the middle of a three-year US$500 million broadcast rights deal, but agreed to resume coverage with what is believed to be a major discount.

Serie A will also move ahead with its 2021/24 media rights invitation to tender in the coming weeks, it said.