Denmark’s Norlys opens fibre net out to all providers 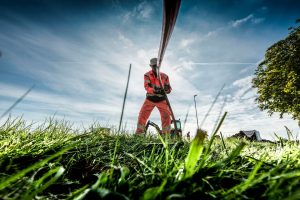 Danish energy utility and broadband service provider Norlys, owner of the Stofa cable network, is to open its entire fibre network to third-party providers via the country’s OpenNet platform.

Following the opening up of networks in northern and central Jutland a year ago, the company has already opened the fibre network previously operated by SE, with which it merged last year, in the Limfjord area. The first third-party provider, Kviknet, is now offering services here via OpenNet.

Norlys is now moving ahead with opening up for the former SE fibre network in southern Jutland.

The company said it was moving ahead with its own fibre rollout and would connect an additional 50,000 homes this year.

OpenNet is an open access wholesale platform owned by Jutland energy company Eniig, which gives service providers access to participating fibre networks across the country. Other service providers to sign up to offer services to OpenNet networks include Altibox and Nord Energi.

Stofa, Norlys’ own cable service provider subsidiary, itself used OpenNet to sign a deal with Nord Energi to enable it to provide content and products to customers on the Northern Jutland energy company’s fibre network in 2019.

“We have established fibre networks in an area that covers almost 40% in area of Denmark, and we have always had the goal of opening the fibre network to all interested parties. The list of service providers and network owners who are either already or want to be part of our joint fibre project is long,” said Kristian Freiesleben, head of wholesale in Norlys.

“The fibre network is a lifeblood to many local areas, and access to lightning fast and stable internet is becoming increasingly important for both private customers and business. A fully open fibre network is thus of great benefit to consumers, who have access to an even wider range of internet and telecommunications products.”