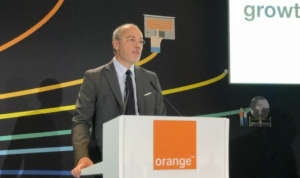 Orange has announced the appointment of two new CEOs for its Polish and Belgian businesses.

The news comes after CEO Stéphane Richard announced in mid-June that Orange would make eight changes to its executive committee in an effort to renew focus on emerging technologies in its coronavirus recovery plans.

At the time, the group announced a handful of changes including the move of Polish CEO Jean-François Fallacher to Orange Spain and the promotion of Belgian CEO Michaël Trabbia to chief technology and innovation officer for the whole group.

Now, Julien Ducarroz will be appointed CEO of Orange Polska with Xavier Pichon hired as CEO of Orange Belgium. Both will take up these new positions on September 1.

They will serve under Mari-Noëlle Jégo-Laveissière, who was previously announced to take over responsibility for the Europe region from Ramon Fernandez, deputy CEO, finance, performance and Europe director.

In a release, the company noted that it is still looking for a CEO of its Moldovan business and that this will be announced “in due course”.

Of the time of the shakeup’s announcement last month, Richard said: “The months ahead include some uncertainties but also real opportunities, whether that means accelerating digital transformation, making further technological progress in 5G, network function virtualisation, cloud, edge, or taking advantage of developments specific to our telecoms sector.

“We are actively preparing to detect and where possible seize these opportunities. We need to accelerate and shorten our reaction and decision times so that we can confront with confidence the profound changes brought about by the global epidemic.”