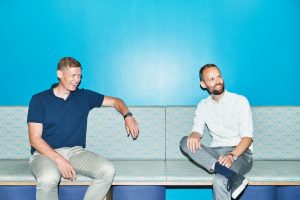 Danish telco and cable operator TDC’s YouSee cable arm is to launch a new streaming service that aggregates TV channels and other streaming offerings in a single app that can be accessed on any network.

Separately, YouSee has added TV2 Play, the subscription streaming service from publicly-owned channel TV2, to its Bland Self offering.

However, YouTv will not be tethered to a YouSee broadband subscription, as is the case with Bland Self.

The new offering will be launched in beta after the summer, and registrations for it are now open.

YouTv will be available on Chromecast, the web, smartphones and tablets, with smart TVs and Apple TV to be added in the future. Sales and customer service will be exclusively online.

“Today, many Danes prefer to watch their entertainment through various streaming apps instead of a traditional TV package. That is why we have designed a flexible TV and streaming service, YouTv, for precisely these users, which we look forward to launch after the summer,” said Jacob Mortensen, CEO of YouSee.

“This is the first time it will be possible in Denmark that, no matter where you live or stay, you simply have to download an app and then immediately freely choose between the most preferred TV channels and streaming services in a holistic, simple and flexible way. Danes are world leaders in digital behaviour and streaming . Therefore, YouTv has been developed as a separate streaming service for those consumers who do not want a traditional TV package, but would like easy and flexible access to the same entertainment exclusively via mobile phone, smart TV, Chromecast or the like.”

Henrik Harder, director of YouTv, said: “We are launching YouTv in a beta, because we want to engage users as quickly as possible. We need users’ feedback on an ongoing basis and preferably early in the process, so that in collaboration with them we can adapt YouTv to their needs.” 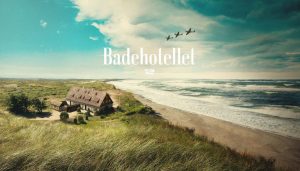 The addition of TV2 Play to Bland Self meanwhile means that YouSee customers can choose TV Play’s main subscription offering, Favorit + Sport, without advertising as part of their package.

Customer who choose to sign up will be able to watch all TV2 channels and a selected portion of the streaming content on the YouSee platform, including series such as Rita, Badehotellet, Clown and DNA.

Thjey are also able to view TV2 Play via apps and the web.

Since the start of the year, YouSee’s Bland Self customers have been able to sign up for sports offering TV 2 Sport X via Bland Self, and the latest agreement build on that to include the streaming option.

“Our role is to bring together the content that our customers demand and make it as easily accessible as possible. That is why I am excited that we can now offer one of Denmark’s most preferred streaming services in Bland Self. With TV 2 Play, our customers get access to all TV 2’s live channels as well as the large streaming catalogue, where they get access to all seasons of popular shows like Rita, Badehotellet and Clown. We have had good cooperation with TV 2 for many years and are pleased that we can jointly give our TV customers both greater freedom of choice and even more Danish content,” Said Mortensen.

“TV 2 sees great prospects in the fact that we can now offer TV 2 Play in YouSee’s Bland Self. For many Danes, it makes great sense that you can access TV 2 Play as an integral part of your TV subscription, and with YouSee’s scale and professionalism we also expect that many more households, through YouSee, will enjoy TV 2 Play in the future. With this partnership, we combine TV 2’s channels and all streaming functionality in TV 2 Play as an active option with customers in an intuitive way,” said Stig Møller Christensen, director of pay TV at TV 2.