FuboTV latest to up monthly cost 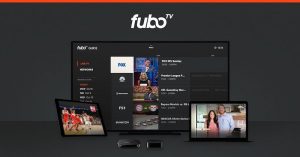 Cord-cutting FuboTV has become the latest US streamer to increase its price.

The news comes several months after the service was bought by FaceBank Group in March, and after it has shifted from primarily focusing on sports to being a more generalist competitor to the likes of YouTube TV and Hulu with Live TV.

FuboTV has increased the price of its family bundle from US$60 per month to US$65 per month. Users will see their bill automatically updated to reflect this.

This price increase will see FuboTV on a par with YouTube TV, which will increase from US$50 to US$65 at the end of July.

Despite moving away from just focusing on sports in recent times, FuboTV last month announced a high-profile distribution deal with ESPN – a network which had been noted in its absence from the platform.

This deal however is offset by the loss of Turner Sports’ coverage of the NBA and MLB with the end of its carriage deal with WarnerMedia.

A spokesperson for FuboTV said: “Despite these changes, and with the upcoming launch of ESPN and Walt Disney Television, FuboTV’s sports-focused cable TV replacement will offer a market-best 43 of the top Nielsen-ranked sports, news and entertainment channels in our base package.”