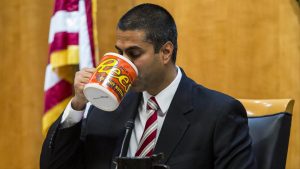 The US’s Federal Communications Commission (FCC) has formally designated Huawei and ZTE as national security threats in a decision that is likely to have serious fallout across the Atlantic for the UK’s gigabit broadband expansion plans.

The Chinese companies have largely been persona-non-grata in the US since 2018, when the Trump administration banned government contractors from using their equipment over concerns that the Chinese companies could be spying on the behalf of their government. This was furthered in May 2019 when the Commerce Department put Huawei on its Entity List which restricted its involvement with the US’s 5G rollout.

In November 2019, adopted a ban on buying from companies which pose a national security threat to the communications industry and proposed that Huawei and ZTE be included due to their ties to the Chinese government and Chinese laws obliging them to participate in espionage.

Now, the FCC has wrapped up its investigation and has officially come to the conclusion that the companies are indeed a threat to national security. This means that no part of the FCC’s US$8.3 billion a year Universal Service Fund may be used to purchase, obtain, maintain, improve, modify, or otherwise support any equipment or services produced or provided by Huawei and ZTE.

Both parties have continuously denied any wrongdoing

FCC chair Ajit Pai said: “With today’s Orders, and based on the overwhelming weight of evidence, the Bureau has designated Huawei and ZTE as national security risks to America’s communications networks – and to our 5G future.”

The chairperson added that the companies have “close ties to the Chinese Communist Party and China’s military apparatus, and both companies are broadly subject to Chinese law obligating them to cooperate with the country’s intelligence services”.

Almost simultaneously in the UK, the Conservative government has indicated that it may backtrack on its decision to allow Huawei to supply 5G technology as a part of its nationwide gigabit internet pledge.

Culture secretary Oliver Dowden told MPs on Tuesday that: “Given that those sanctions are targeted at 5G and [are] extensive, it is likely to have an impact on the viability of Huawei as a provider for the 5G network.”

This is an about turn from January, when prime minister Boris Johnson said that Huawei could be deployed on the condition that it was designated as a high-risk vendor that would see it capped at 35% of the market.

However, this latest news could see Huawei abandoned altogether as the UK looks to cozy up with the US in a post-Brexit world.

The government is scheduled to present a bill to parliament on the legislation of 5G supply rules before July’s summer recess, but the culture secretary admitted that if the position on Huawei changes then the government would seek a delay until at least September.