THEO Technologies, creator of the High Efficiency Streaming Protocol (HESP) and video playback solutions, and video technology provider Synamedia have teamed up to launch the HESP Alliance, a new organisation to fast-track adoption of THEO’s technology, which is designed to enable low-latency streaming. 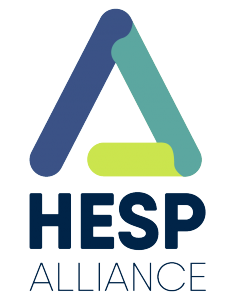 Streaming video vendors and media companies have been invited to join the alliance, which Synamedia says is designed to facilitate broadcast-equivalent streaming experiences by building an ecosystem around the HESP protocol.

Introduced at NAB 2019, HESP’s promoters say it removes the need for trade-offs between latency, scalability and the viewer experience by delivering sub-second latency, as low as 400 milliseconds, at scale, as well as near real-time sub-100 milliseconds zapping times over standard HTTP-based Internet infrastructure and CDNs.

HESP is also said to reduce bandwidth costs by as much as 20% compared to current solutions such as the Common Media Application Format (CMAF) combined with chunked transfer encoding (CTE) – generally known as DASH CMAF-CTE.

In the case of the latter, encoders create very short chunks of video that are streamed over the CDN immediately rather than wait until the complete video segment is encoded in order deliver low latency. However, according to THEO, this involves a trade off with a higher bandwidth overhead required for low latency and fast start times.

HESP, on the other hand, is a new proprietary HTTP Adaptive Streaming protocol that has been developed by THEO.

The HESP Alliance aims to accelerate standardisation and large-scale adoption of HESP, according to its backers.

Alliance members can license the technology; integrate it into their video packaging and playback solutions; and develop and share extensions to drive further innovation, according to THEO and Synamedia.

The pair claim that a certification programme for HESP-compliant solutions will ensure interoperability and provide peace of mind for media companies deploying HESP-based streaming services.

The first HESP solutions will be available in Q4 and will include an independently developed THEO Technologies HESP-enabled video player and a Synamedia HESP-certified packager. These will be followed by more third-party solutions in 2021, according to the two companies

“Synamedia and THEO Technologies share a common goal: to innovate fast and support customers with affordable video network solutions and protocols that deliver game-changing broadcast-equivalent streaming experiences to viewers. The HESP Alliance has been established to realize this ambition,” said Samie Beheydt, principal engineer at Synamedia and a director of the HESP Alliance.

“Innovation and continuously challenging the status quo is in THEO’s DNA. The HESP protocol developed by our team establishes a new baseline for video delivery. This will help video service providers to boost engagement with unparalleled viewer experiences stemming from improvements in latency reduction, faster zapping times, and scalability. Since the public launch of HESP last year, momentum has been building. With today’s launch, together with Synamedia, we are establishing a forum where the video streaming industry can cooperate to further advance the HESP standard and fast-track the market roll out of HESP-compliant solutions. Close collaboration between leading industry vendors and media companies will drive change and benefits for everyone in this fast-evolving industry,” said Steven Tielemans, CEO at THEO Technologies.