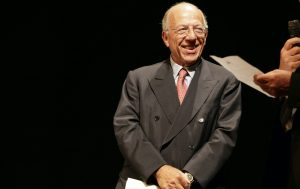 Fedele Confalonieri, the chairman of Italian broadcaster Mediaset, said that the company has received a lot of interest from potential investors and industry partners in its planned pan-European media group MediaForEurope.

Last year,  Mediaset approved a merger of its Italian and Spanish units into a Dutch holding company called MediaForEurope with the aim of creating a company that could protect the continent’s interests from big US players such as Netflix, Google and Amazon.

According to the chairman and as reported by Reuters, the European market has been receptive to the idea. Speaking at the broadcaster’s annual shareholder meeting, Confalonieri said that Mediaset was convinced “of the need and the rightness of this project.”

He added: “It’s not just a question of savings or efficiency, it’s actually about new possibilities and opportunities for growth, which today cannot be realised by remaining local.

“This is why, in recent weeks – even during the health emergency – we have received a lot of interest from both financial investors and industrial partners, about the prospects that lie ahead.”

The plan to launch MediaForEurope faces internal opposition from Vivendi, which holds a 28.8% stake in the Berlusconi family led Mediaset. The French Vivendi has been sparring with the company since an abandoned takeover of Mediaset’s pay TV unit in 2016, and has bought an increasing amount of Mediaset stock in a hostile move.

Vivendi argues that, despite its ambitious billing, MediaForEurope would mostly serve to reinforce the Berlusconis’ grip over the company and reduce their accountability.

Last week, the trust that holds two thirds of Vivendi’s Mediaset stock was barred from voting in the AGM.