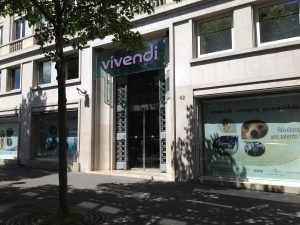 The ongoing drama between Vivendi and Mediaset has taken its latest turn, with an Italian court rejecting the former’s appeal against the latter’s MediaForEurope (MFE) plan.

The French Vivendi (which holds a 28.8% stake in the Berlusconi family led Mediaset) has long opposed the media company’s plans to create a pan-European group that unifies its Italian and Spanish businesses under a new firm based in the Netherlands.

In particular, Vivendi has argued that the articles of association of the new company are prejudicial to the interests of minority shareholders and that it effectively reinforces the Berlusconi family’s control over Mediaset.

Earlier this month, Vivendi filed an appeal with a Milan court challenging the changes to the merger plan adopted at Mediaset’s extraordinary general meeting in March.

However, the court has now thrown that appeal out in what will be a major blow to Vivendi’s efforts to halt MFE’s formation.

The reorganisation is still on hold as a result of a 2019 Spanish court ruling in favour of Vivendi, but Mediaset may now go back to that Spanish court and use this latest news as precedent to unblock the merger.

In March Mediaset withdrew its filing of the project in the Netherlands in the face of the threat of fresh legal action bythe French company, on the grounds that the merger plan filed by Mediaset on February 5 contained a new supplement that had not been presented to the shareholders of Mediaset or Mediaset España prior to their approval of the creation of the new MediaForEurope holding structure that will house both companies.

Mediaset also said it at the time that it would initiate its own legal action against Vivendi for what it claimed were “continuous attempts to delay the [MediaForEurope] project”.