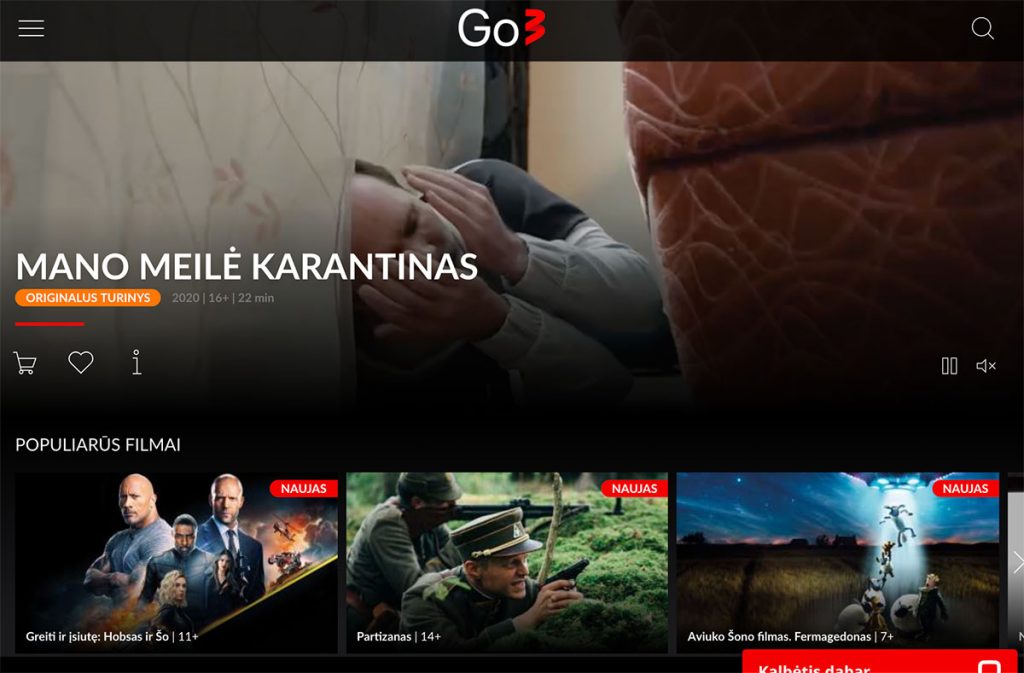 Go3, the recently launched OTT service from Providence Equity-backed TV3 Group in the Baltics, has revealed that it has passed the milestone of 130,000 customers in less than six months, making it the biggest streaming platform in the region, according to its owners.

Go3 says it saw a 15% percent increase in average viewership time per user and a 25% increase in subscriptions during Q1, which further accelerated during the COVID-19 lockdown period, when it recorded the highest monthly, weekly and daily viewing figures so far.

Go3 offers the latest Hollywood blockbusters, international series and a library of local movies and series from Lithuania, Latvia and Estonia.

Go3 will shortly face new competition from TV3 Group’s former owners Nordic Entertainment Group (NENT Group), which is rolling out its Viaplay streamer into the Baltics and is planning to stock the service with local commissions from the region.

The service will be launched in Estonia, Latvia and Lithuania in the first quarter of 2021, offering viewers originals, films and series, kids’ content and live sports.

The launch of the service effectively marks a return of NENT Group to the region. Modern Times Group, of which NENT was then a part, sold its pay and free TV operations in the Baltic states to Providence Equity Partners in 2017 in a deal that valued the combined businesses at €115 million.

“Reaching this milestone ahead of the plan is an important validation of our media convergence strategy built around three pillars: investment in local content, best-in-class technology and close distribution partnerships with telecommunication partners,” said Christian Anting, TV3 Group’s CEO.

Jan Wykrytowicz, pay TV Baltics CEO of the TV3 Group, said: “Over last year we increased our efforts to bring together the latest user-friendly technology and the best local and international content. We fully acknowledge that consumers these days want to have control over when, where and what they watch. Unlike it was in the past, it is now our role to adjust to customers’ schedules by moving our business into the digital environment and offer them multi-screen and non-linear experience at their fingertips. Following the tremendous success of our first Go3 original production Gang Wars, we also open a new chapter and opportunities for the creative industry in the Baltics.”