Portuguese turning on to bundled offerings

The number of Portuguese subscribers to bundled services reached 4.1 million at the end of the first quarter, up 4.4% year-on-year, according to data released by regulator ANACOM. 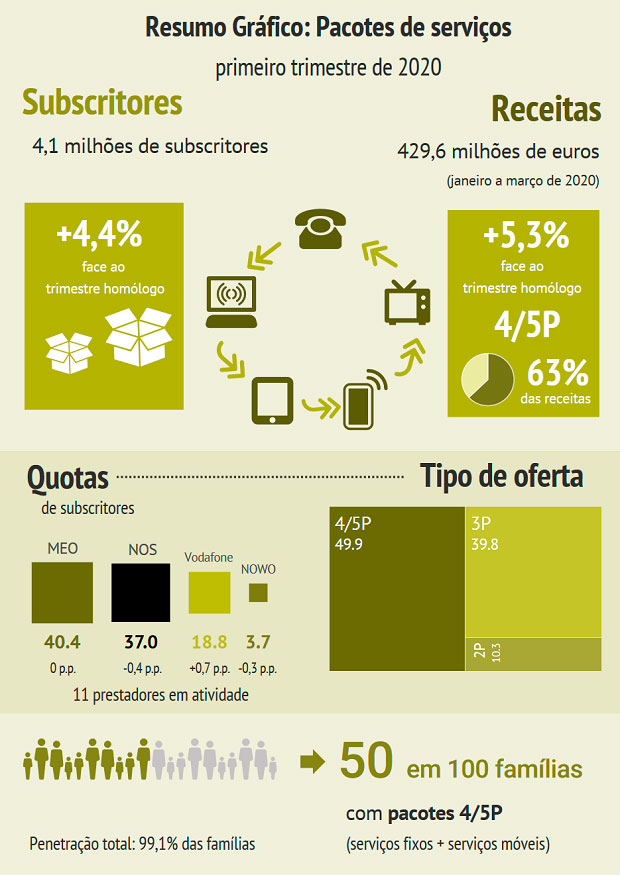 Growth in uptake of these offers, which had been decelerating since 2015, appears to have been given fresh impetus last year by the popularity of quadruple and quintuple-play offerings and, to a lesser extent, triple-play services.

However, growth slowed down again in the first quarter, with 6.5% growth in quad- and quint-play offering to the end of March compared with 12.5% growth at the end of last year, which saw a significant migration towards higher-tier packages from dual and triple-play offerings.

Revenue from bundles services in the first quarter amounted to €429.6 million, up 5.3% year-on-year, boosted by price changes implemented by a number of service providers. Average revenue per bundled customer was €35.02, up 0.7%.