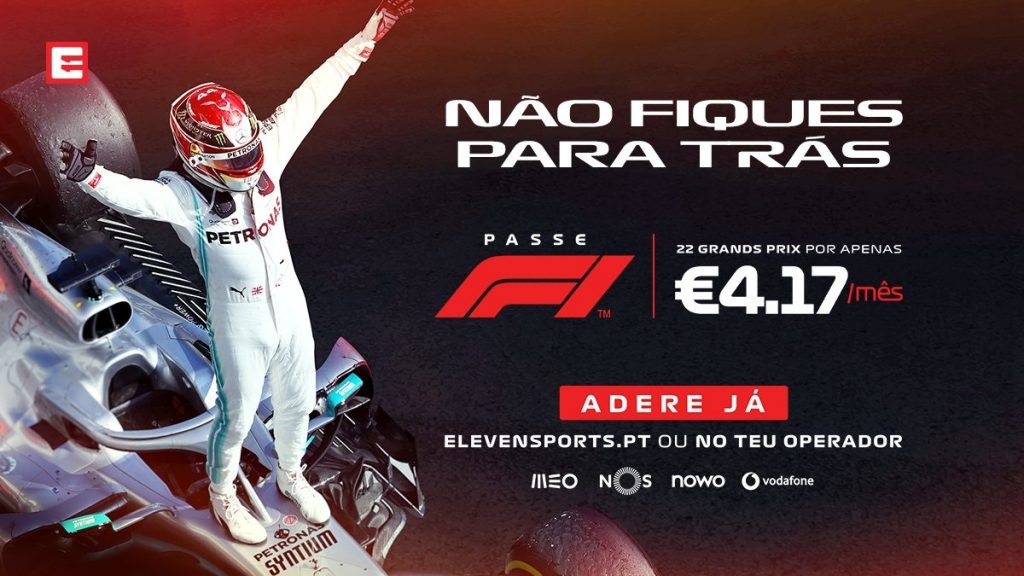 The channel also offers analysis, interview and behind the scenes content, with the season starting on March 14 from Melbourne Australia.

The F1 signed a three-year deal for Pourtguese rights with Eleven Sports in 2019.

The broadcaster also airs the competition in Poland, where it saw viewing figures grow a record 569% last season.

Eurosport has signed a four-year deal with the International University Sports Federation (FISU).

The deal will see the broadcaster air live and delayed TV coverage of FISU sports events. This will begin with the Lucerne 2021 Winter Universiade, and also include subsequent World University Games in Chengdu, Ekaterinburg and Lake Placid.

The events will be shown on Eurosport 1 and Eurosport 2 in 54 European countries and 12 Asia-Pacific countries.

Digital will also be a big focus for the event, noted FISU secretary general Eric Saintrond. He said: “The kids no longer watch on TV, so we will be very present on the Eurosport Player, the Eurosport website and the Eurosport social media channels.”

The deal is an extension of one signed in 2012 – prior to Eurosport’s acquisition by Discovery. That included a monthly Campus programme which shows highlights of FISU events during a prime time broadcast.

ERT, the Greek pubcaster, has agreed to pick up the rights to 38 events owned by the European Broadcasting Union (EBU).

The deal runs from 2020-24 and will see it broadcast 38 events across a range of sports such as athletics, golf, swimming and water polo.

A statement from ERT said: “[the deal] strengthens and confirms the role of public television in the coverage of major sporting events and strengthens the television programme with high-definition broadcasts from ERT Sports.”

The deal will serve as a boost for ERT, which has seen significant funding cuts since the New Democracy assumed office in July 2019.

Sport1 holds on to Rallycross

In Germany, sports broadcaster Sport1 has renewed its deal with the IMG agency for multiple racing events.

The highest profile event covered by the deal is the FIA World Rallycross Championship, which Sport1 will broadcast exclusively in Germany and Switzerland, and non-exclusively in Austria where the rights are shared with A1now.

Sport1 has also acquired the rights to the FIM Speedway Grand Prix and Australia’s Supercars Championship through to 2021 and 2022 respectively.

Paul Bellamy, IMG’s senior vice-president of motorsports events, said: “The agreements with Sport1 and A1now strengthen our presence across Germany, Austria and Switzerland and underline World RX’s increasing appeal among broadcasters. We expect heightened interest from German fans in 2020 with the seventh round of World RX taking place at the iconic Nürburgring – a brand new venue for the championship.”