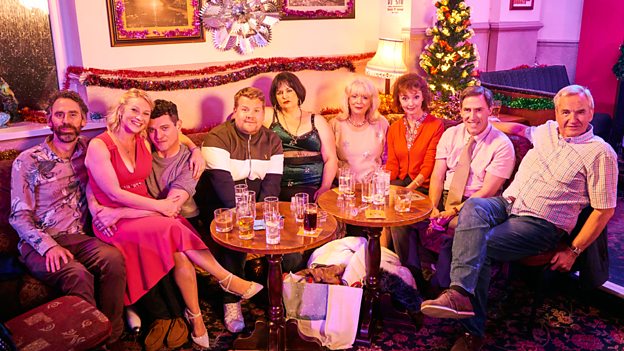 The BBC’s revival of Gavin and Stacey proved to be the UK’s most popular Christmas Day TV show of the decade.

In total, 11.6 million people tuned in to see the iconic sitcom return to screens following its cliffhanger ending in 2010.

According to the broadcaster, the show captured 49.2% of all TV viewers when it started at 8:30pm on Christmas Day.

Elsewhere, The Sun reported that in the four days following its broadcast, viewers spent a collective 707,889 hours watching the show on the BBC iPlayer. This is equivalent to 29,495 days or 80 years.

The second most popular show on Christmas Day was the Queen’s Christmas Broadcast, which was seen by 7.85 million viewers across BBC One, ITV and Sky.

Disney-Pixar’s Finding Dory was the broadcaster’s most popular film of the day with 3.99 million viewers.

The broadcaster’s director of content Charlotte Moore said: “We delivered something for everyone with the seven most-popular programmes that cap off an incredible year for BBC One celebrating British talent and creativity.”