Nicky Morgan to stay on as DCMS secretary 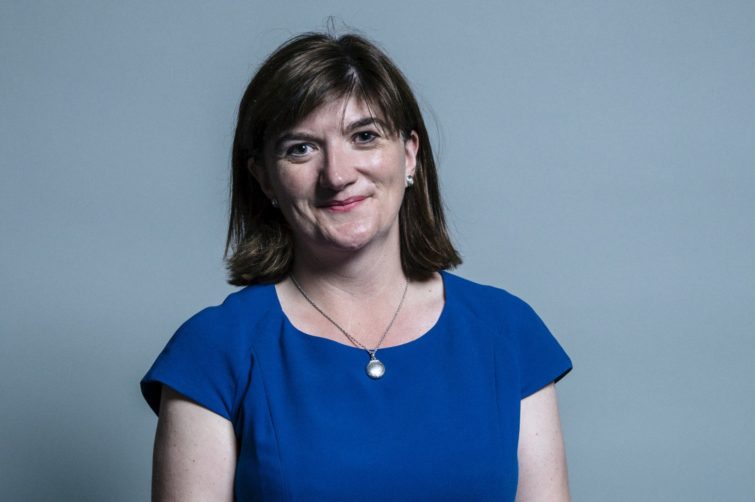 Nicky Morgan is staying on as the UK’s Digital, Culture, Media and Sport secretary.

Morgan, who resigned as an MP in October, will be created a life peer in order to continue on in the role. This is despite a year prior matter of factly saying: “I would not serve in a Boris Johnson cabinet.”

The secretary did not initially intend on remaining involved in the government, but told The Guardian that prime minister Boris Johnson had asked her to stay on over the phone.

It is believed that Johnson will conduct a full reshuffle in the new year, with Zac Goldsmith – who lost his Richmond Park seat to the Liberal Democrats – also given a peership to remain as environment secretary in the short term.

Announcing her acceptance of the role, Morgan tweeted “Well it turns out that leaving the Cabinet is harder than leaving the EU! Am delighted to continue as @DCMSSecretary of State as the PM focuses on delivering our mandate in the vital first weeks of this new Government.”

Morgan was appointed as the DCMS secretary in July, and replaced Jeremy Wright after Johnson won the Tory leadership.

Initially announced in 2015, the measure was the conclusion of years of attempts by the government to block minors from accessing sexually explicit materials.

Under section 14(1) of the Digital Economy Act, anybody wishing to visit sites where the majority of the content was sexually explicit would have had to create a login which was tied to their real name along with a legally-recognised ID such as a passport or driving licence.

However, the Morgan scrapped the plan, saying the government would investigate further ways to achieve the same objectives.

She also said that she was “open-minded” about changes to the way the BBC is funded, including moving from the licence fee to a subscription-led service.

The government has just announced a review into the decriminalisation of licence fee non-payment.