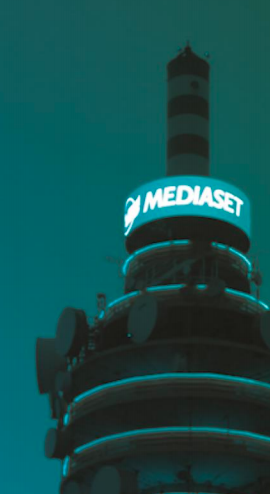 The Milan judge considering Vivendi’s case against Mediaset’s merger of its Italian and Spanish arms under a new Dutch holding company has pushed back the case to a new hearing scheduled for January 21, after Mediaset’s planned EGM votes on changes to the structure of the new company.

The decision effectively suspends the creating of the holding company, MediaForEurope until the January court date, when it is likely that the court will rule on Vivendi’s case.

Mediaset said that it had requested the postponement on the grounds that Judge Elena Crugnola had said that outcome of the shareholders’ meeting would be relevant to the decision.

Mediaset shareholders are set to vote on changes to the articles of association of the new company following Vivendi’s earlier court victory in Spain that effectively froze the creation of the new outfit.

It remains unclear whether Simon Fiduciaria, the trust in which Vivendi has placed a 19.19% stake in Mediaset to meet Italian regulatory requirements, will be permitted to attend and vote at the EGM. Mediaset has consistently sought to exclude Simon Fiduciaria from shareholder meetings, although it was forced by the court to allow Vivendi itself to take part in its meetings. The French media giant retains a 9.6% stake in the Italian broadcaster directly.

A Vivendi spokesperson said: “Today’s decision by the Milan court to further extend until January 21 the suspension of Mediaset’s merger resolution is welcomed by Vivendi. As a consequence of today’s decision, the MFE merger continues to be suspended in Italy in addition to Spain. Also, since the Milan court has deemed the outcome of the January 10 Shareholders meeting relevant to its decision, Mediaset will have to think very carefully before deciding not to allow Simon Fiduciaria to vote at that meeting.”

Vivendi has opposed the creation of MediaForEurope on the grounds that the articles of association of the new company are prejudicial to the interests of minority shareholders.

Seeking a deal ahead of a postponed court hearing last week, Vivendi was understood to have proposed selling the part of its 19.19% stake held through Simon Fiduciaria at €3.25 a share, which would be half-way between the original buying price of the shares and the withdrawal price proposed by Mediaset as part of the plan to create MediaFor Europe.

The pair were reportedly negotiating a compromise price as part of a deal that would also have seen them end outstanding litigation, but in the end they once again failed to strike an agreement.