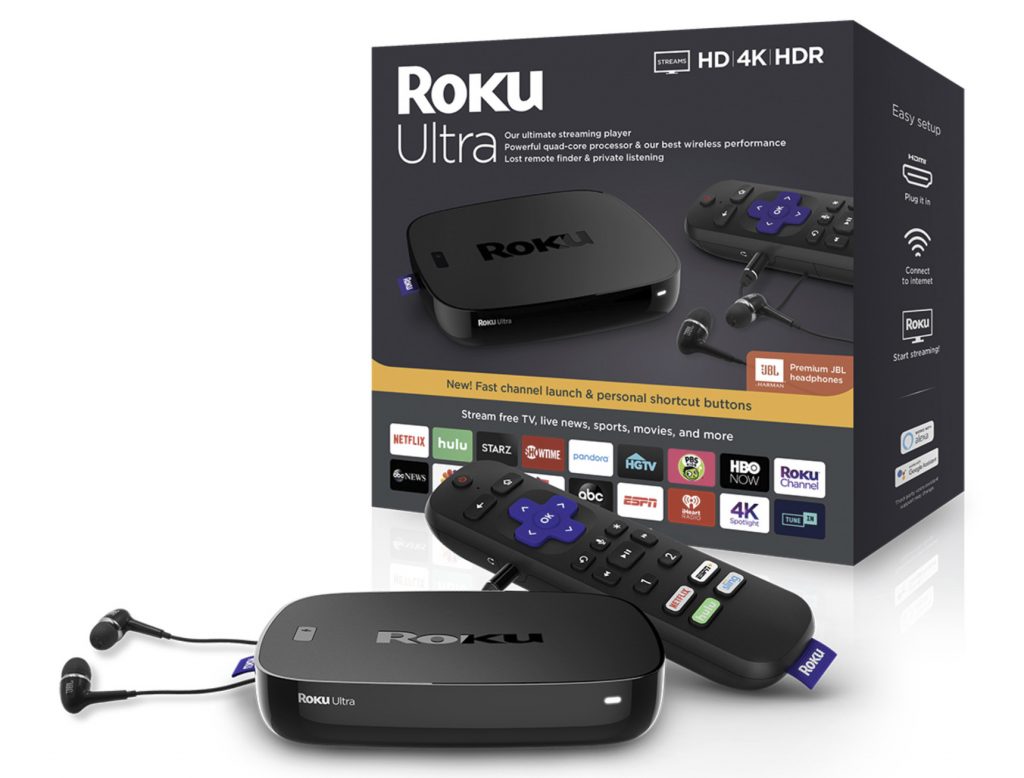 Roku has unveiled its latest lineup of streaming devices along with an update to its smart TV operating system.

The product lineup remains mostly the same, but there are two noteworthy changes. These are the updated Roku Express and Roku Ultra.

The new Roku Express is 10% smaller than its predecessor and at US$29.99 is squarely aimed at people purchasing their first streaming devices. The downside to this is that only streams at HD rather than 4K, a growing standard for such devices.

The US$99.99 Roku Ultra maintains the same form factor as its predecessor, but has been upgraded with a faster quad-core processor and more memory. This means that channels can launch 17% quicker, with app launches up to 30% quicker.

In addition, the Ultra for the first time features a customisable remote, with two buttons that can be set to any feature that can be done through voice commands, such as adjusting TV settings or launching apps.

In terms of Roku OS, which was recently announced for a European launch, the flagship feature is the redesigned 4K Spotlight channel. This, as the title would suggest, brings together 4K movies from a variety of apps into one place and has been rearranged to be more visually appealing and easier to navigate.

The OS update has also introduced a range of new voice capabilities, including the ability to set sleep timers, search by movie quote, specifically search for 4K content and control multiple Roku devices with Amazon Alexa and Google Assistant.

Roku OS 9.2 will begin rolling out to select Roku players this month, with a full product rollout in the coming weeks. Roku TV models will receive the update in phases over the coming months.