TF1 CEO Gilles Péllisson is to take the role of president of the board of Salto for two years, while operational management of the streaming outfit will be led by Thomas Follin, until now a member of the executive committee of M6.

Follin, 42, took up his post on Monday. He will be tasked with seeing through the launch of the platform in the first quarter of next year.

Follin jointed M6 in 2008 to head up the broadcaster’s launch of M6 Replay, its catch-up offering. He of the various multiscreen offerings now provided under the 6play brand, and has also supervised the domestic and international development of M6’s video-on-demand service, comprising 6play in France, RTLplay in Belgium and Croatia and RTLMost in Hungary.

Since 2016, Follin has also headed the distribution of M6’s channels and other audiovisual services.

The appointments of Pélisson and Follin follow Salto receiving a green light from the French competition watchdog, the Autorité de la Concurrence. 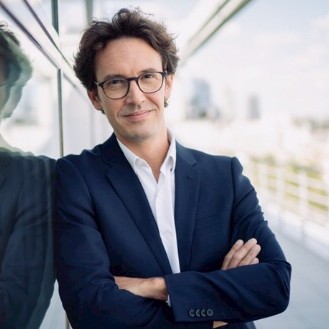 Following the appointment of Follin, M6 has reorganised its own digital management team the group has named Valéry Gerfaud as head of digital, distribution, innovation and technology. Elodie Bassinet has to take on the role of director of digital in charge of activities associated with the group’s TV channels, while Antoine Daccord will take on a similar role related to its radio activities.

Mathilde Begramian has been named as director of distribution France, in charge of the group’s relations with distributors covering linear and non-linear TV and radio services.

Matthiew Cahu as director of innovation of VOD products and Thomas Sangouard, in the role of director of digital technology will together head up the M6 VOD platform used by 6play, RTLplay, RTLMost and – from next year – Salto.

Emmanuel Dupouy has been given the role of director of digital innovation and transformation, charged with the acceleration of the group’s digital transformation.

Finally, Jean-René Aucouturier has been named as director of international distribution, in addition to his role as head of the diversification and commercial activities of the group’s thematic channels.