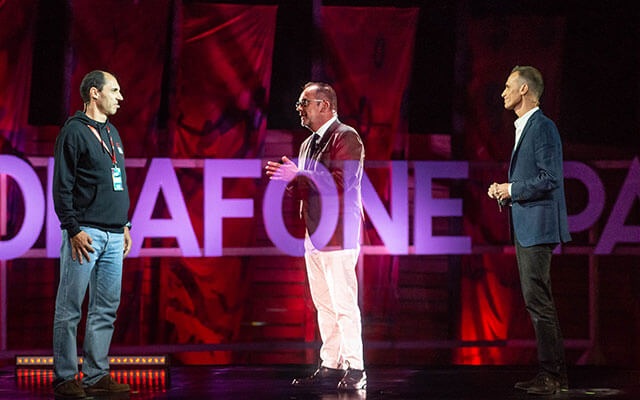 Vodafone Portugal and Portuguese public broadcaster TVI have teamed up to transmit a holographic broadcast over 5G, which Vodafone described as “an unprecedented milestone for our country”.

A live broadcast of TVI’s Jornal das 8presented by José Alberto Carvalho was transmitted from TVI’s studio via the Vodafone 5G network to the Vodafone Paredes de Coura festival venue 400km away.

Vodafone acquired 100MHz of spectrum in the 3.6GHz band on a temporary basis from regulator ANACOM for the event and used its technology partner Ericsson’s AIR 6488 5G equipment. The telco also doubled its normal 4G capacity inside the festival venue.

Vodafone said that the operation, with the participation of more than 70 personnel, involved the use of two TV studios, one of which was created from scratch at the Vila de Paredes de Coura, and seven weeks of preparation.

At TVI’s studio, the presenter’s image was captured in HD at 60fps and transmitted over Vodafone’s 5G mobile network to the Paredes de Coura studio, where it was decoded in 3D to a holographic projector and broadcast live and back to Queluz to enable Carvalho to see the image broadcast at the festival grounds.

Vodafone said it achieved a latency of less than 10 milliseconds during the transmission, enabling uninterrupted two-way communication during the event.