AMC Networks has set a goal of securing between five and seven million SVOD subscribers to its targeted offerings by 2024, with over US$500 million in revenues from these activities. 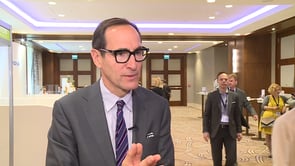 AMC Networks added about 400,000 subscribers to its SVOD offerings in the year to June and should have a total of two million by the end of this year, he said.

Sapan said that AMC Networks believed there is “a very significant opportunity” for the company in the market for “specialty SVOD services that offer a new way to serve fans”.

He said that the vast majority of subscribers to AMC’s SVOD services signed up via its own platform, unlike other specialised SVOD offerings, meaning it had access to a full set of data that would enhance its understanding of how to attract and maintain audiences “more efficiently than mainstream SVOD services’.

Sapan said that these services were currently US-focused and that he believed there was a “very significant” overseas market opportunity. He said that the group was beginning to launch international variants of its services, focusing initially on Acorn.

Sapan said that AMC Networks was now populating the various SVOD offerings with original content, whjich was helping to drive growth. He said that targeted SVOD offerings aimed at specific audience segments were better placed to retain subscribers than general interest SVOD services that experienced high levels of churn as people signed up to view specific shows and then left.

Sapan said that Acorn TV had one of the lowest rates of churn among streaming services.