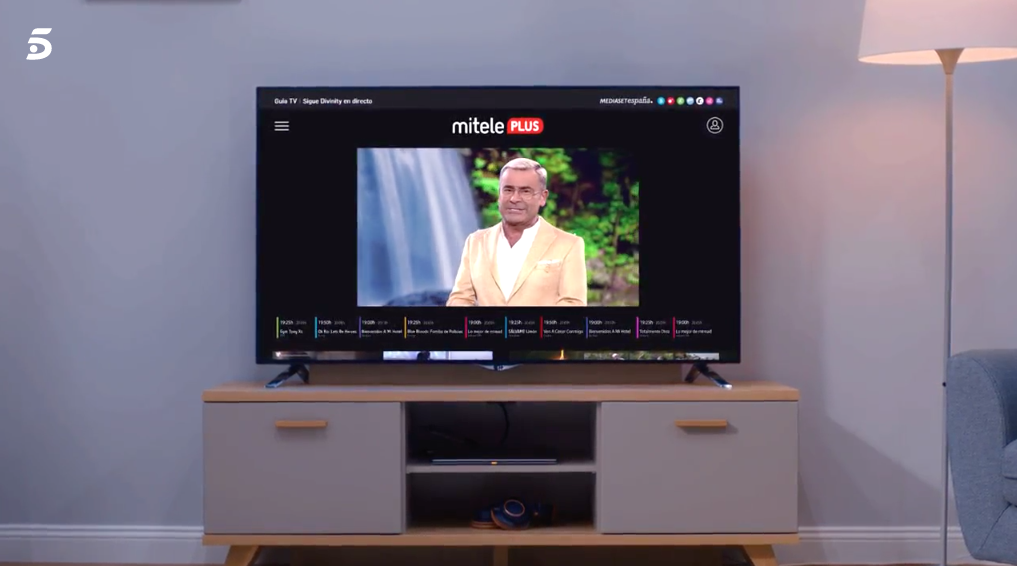 Mitele Plus is available for €2.50 a month or €25 for a full year including tax. Users can access the service via the existing Mitele app that is available on PCs, mobile phones and – coming soon – smart TVs. They will be able to access all content, live or on-demand, without any long-term contract commitment.

However, Mediaset España, which owns free-to-air channels Telecinco and Cuatro, will offer La Liga, Champions League and Europa League football via the offering when the new season kicks off, with a charge of €35 a month and a promotional subscription of €30 for the first three months.

The inclusion of football in the content line up means that Spanish fans will be able to sign up for an offering without a long-term contract commitment that provides an alternative to Movistar and Orange. Rival Vodafone will cease to air football from the start of the new season, having declined to pay the fee demanded by Telefónica.

The news that Mitele Plus will include football came a day after sports streaming service DAZN said that it had been unable to come to an agreement with Telefónica to carry top-tier football.

As neither Mediapro’s BeIN Sports service nor Sky’s OTT offering in Spain will include premium football, Mediaset’s deal means that Mitele Plus will be the only alternative providers of the content to Movistar and Orange.

The move also provides Vodafone’s customers interested in footbal with an alternative to changing service provider, as they will be able to access the content separately through the new OTT offering.

Mediaset España said the launch of the new service represents “a new stage in the development of commercial television in our country, offering in this first phase content free of interruptions which serves as the point of departure for an ambitious plan of digital transformation that will reinforce television as the leading media”.

The broadcaster set up a multi-disciplinary team, MediasetData, two years ago to take responsibility for digital technology, content and commercial initiatives, via a set of projects anchored in big data and AI to create new personalised and segmented offerings.