The number of FTTH lines in Spain passed the nine million mark in May, according to figures released by regulator the CNMC. 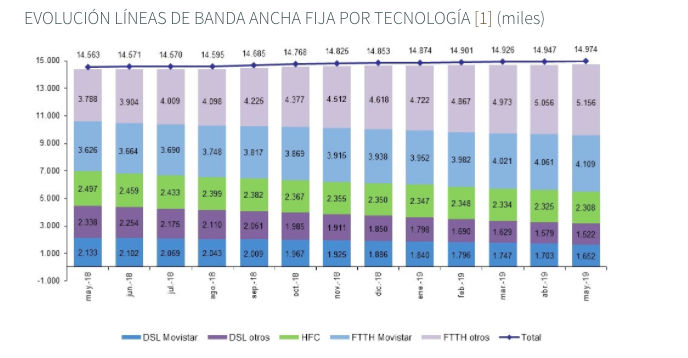 According to the watchdog, 148,000 new lines were added in May, contributing to year-on-year growth of 1.8 million.

Over the same period, DSL lines declined by 1.3 million.

Telefónica/Movistar has a 44.4% share of the FTTH footprint, with 4.1 million lines.

MásMóvil added 41,500 broadband connections in May, making it the biggest growth story of the month in terms of the overall broadband market. Over the same period, Movistar added 900 connections net, while Orange lost 1,600 and Vodafone lost 21,600.

HFC cable broadband connections amounted to  2.308 million, down from 2.497 million a year earlier.