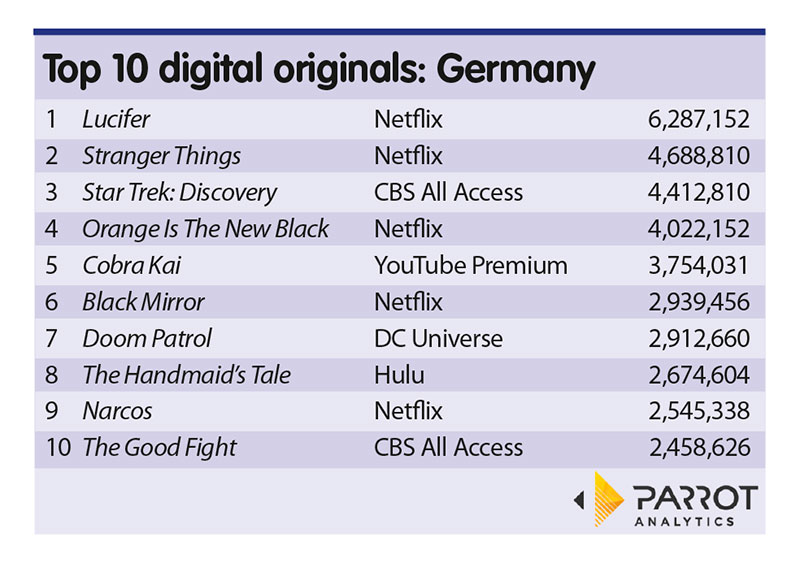 Netflix series Lucifer was the clear favourite of German viewers for the week ending June 2, according to  Parrot Analytics’ list of in-demand digital originals in Germany.

Titles from the streaming platform make up half the top 10. Lucifer in first with an average of 6,287,152 demand expressions for the week, while Stranger Things, Orange Is The New Black, Black Mirror and Narcos take up second, fourth, sixth and ninth respectively.

Perhaps surprising is that no originals from Amazon Prime Video are featured in the list.

Other series making up the top ten are Doom Patrol, The Handmaid’s Tale and The Good Fight.