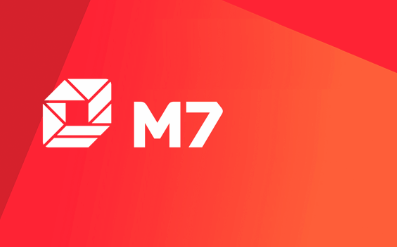 Vivendi-owned Canal+ has agreed to acquire international pay TV operator M7 group from private-equity investor Astorg Partners for just over €1 billion in a move that marks a significant ramping up of the pay TV outfit’s efforts in the international market.

Canal+ and M7 Group have complementary European footprints. M7, which turns in revenues of over €400 million, offers satellite pay TV, hybrid and OTT TV services in Belgium, the Netherlands, Austria, the Czech Republic, Slovakia, Hungary and Romania. The group recently expanded its satellite pay TV footprint in central and eastern Europe by acquiring Liberty Global’s DTH operations in those markets, giving it a total of about three million subscribers.

Canal+, in its statement on the acquisition, emphasised that the complementarity between the pair also runs to content, with M7’s aggregation of services including Disney Channel, HBO, Eurosport, National Geographic and Nickelodeon complementing Canal+’s annual investment of over €3 billion in original content. As M7 does not produce content of its own, its geographical reach will give Canal+ a new market to distribute its own content.

“We are particularly delighted with this acquisition, which was realised with the full support of Vivendi. The operat5ion will enable Canal+ to reach almost 20 million subscribers globally. Our global base of subscribers will thus have almost doubled in five. Years, with a clear acceleration since 2015. This major acquisition will allow us to reinforce our distribution capability and expand the reach of content from catalogue and our numerous production activities in Europe,” said Maxime Saada, CEO of Canal+.

Announcing the deal, Saada was keen to emphasise that Vivendi did not see this as a substitute for its stalled strategy of becoming a major media player in southern Europe, originally based on a planned partnership with Mediaset.

Despite the relationship with Mediaset degenerating into more or less open warfare over the three years since the pair’s agreement collapsed, Saada said that Vivendi remained determined to pursue a southern strategy of some sort.

M7, which had also attracted interest from Comcast, will give Canal+ access to a growing base in European markets. The pay TV outfit has continued to struggle to retain a declining base of customers in its home French market while gaining a growing base in emerging markets outside Europe, including Francophone Africa and Vietnam.

Marc Antoine d’Halluin, Chairman of the M7 board, meanwhile said that Canal+ was “a very credible and complementary partner to support the hybrid satellite / OTT Pay TV strategy of M7” and would “contribute to the further development of M7, where OTT usage and access to more content will be decisive”.

M7 Group CEO Hans Troelstra said that the deal means that  “M7 will get access to the content creation and channel publishing capabilities of Canal+”. Troelstra said that M7’s operations would continue to be run from its existing Luxembourg HQ following completion.

The acquisition extends Canal+’s current European footprint, currently limited to France, Switzerland and Poland, to an additional 36 million homes and gives it a total of 20 million subscribers, including 12 million in Europe.

The agreement also marks a return of Canal+ to the Benelux countries, where operations it owned in the 1990s and early 2000s were acquired by cable operators Liberty Global and Voo.

In addition to its Benelux and Central European DTH and hybrid pay TV operations, M7 Group also has a German operation, M7 Deutschland, which was built around its acquisition of digital-channels-for-cable platform KabelKiosk from Eutelsat in 2014.

“Since our cooperation with M7 in 2014, the company has continued to expand its business rapidly in Eastern Europe, while further upselling its subscriber base across all geographies. In line with our investment philosophy, Astorg has encouraged M7 to develop its external growth through acquisitions – the most recent one being UPC Direct in Eastern Europe – and also investments made to improve the customer experience – e.g. over-the-top features. Canal+ strong interest in M7 is a testimony of the remarkable strategy rolled-out by the M7 management team,” said Charles-Hubert le Baron of Astorg Partners.