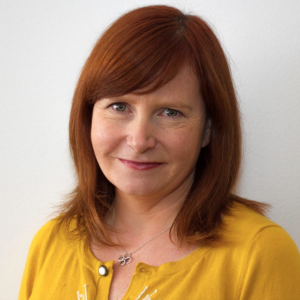 MTG is in discussions to invest in her new company through its VC fund backing gaming startups.

Greer co-founded Kongregate with her brother Jim in 2006, working initially as COO, until she assumed the CEO position in 2014. Pany Haritatos, Kongregate’s current COO, will serve as interim CEO.

Haritatos first served as vice president of publishing when Kongregate expanded into mobile games in 2012. He then rejoined as COO in 2016 following its acquisition of Ultrabit.

Kongregate.com has a game catalogue of more than 100,000 titles, with over 200 million mobile app installs. The company was acquired by MTG in 2017.

“Jim and I founded the company with the goal of helping small and independent game developers become successful, to help them find an audience, and compete in a crowded and complex gaming marketplace. I could not be more proud of our accomplishments, the Kongregate team, and the culture we’ve built. Kongregate is smart, caring, resilient, and committed to respecting our players, developers and each other. I am also grateful to MTG for their investment in Kongregate, which has helped fuel our new initiatives and growth since our acquisition,” said Greer.

“I love building things and I’m excited to get back into a start-up amentality. I have so much confidence in the team, and know that Kongregate is in great hands with Pany’s leadership and MTG’s continued support. Plus, there’s an awesome line-up of upcoming games while our existing titles like Animation Throwdown still continue to grow.”

Jorgen Madsen Lindemann, CEO and President of Kongregate’s parent company MTG, said: “We would like to thank Emily for all she has done for Kongregate, and we wish her the very best. She is a true industry icon and thought leader, and we are proud and thankful for having had the opportunity to work with her at Kongregate. We are also excited about the potential to continue our partnership, as MTG is exploring backing her new venture through the MTG gaming VC fund.”

Haritatos said: “It is my intention to continue Kongregate’s growth and focus, and to build upon the strong culture Emily has created here. I am very excited to help lead and develop Kongregate’s future.”