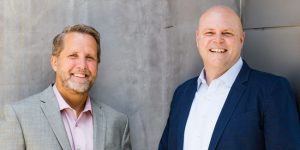 The new company yesterday announced the launch of what it described as the industry’s first connected TV-focused advertising network.

Tetra TV’s technology is designed to maximize support for a variety of data and measurement providers to target audiences across its 50 million connected TV households.

Shannon most recently ran content and advertising at Roku as the SVP of content and services.  Lombard, who launched the Roku video advertising sales offering in 2013 and directed ad sales at Roku, is serving as Tetra TV’s chief revenue officer.

“By combining the benefits of digital ad delivery with the impact of TV, streaming television will become the most powerful ad medium on Earth. Through working directly with premium video publishers and the industry’s most reliable data providers, Tetra TV’s goal is to execute highly efficient, outcome-driven CTV ad campaigns at scale,” said Shannon.