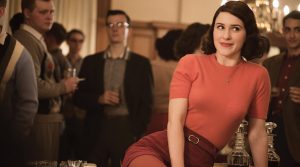 Orange España has launched Amazon Prime Video on its Android TV set-top, making it the second operator in the country to add Amazon’s streaming video service to its TV offering after regional cable operator Euskaltel.

The move means that Orange’s TV customers in Spain can now access the Amazon Prime Video catalogue, including titles such as The Marvelous Mrs Maisel, Tom Clancy’s Jack Ryan, The Man in the High Castle and Homecoming direct from their box.

Orange said that the move marked a continuation of its strategy of making the best premium TV content on the market available to customers.

Orange in Spain is making Amazon Prime available on its 4K HDR Android TV decoder, which enables users to download apps available on the Google Play store and comes with integrated voice search.

In France, Orange has fought shy of signing up for Android TV, and recently showcased its new Djingo smart speaker, developed with Deutsche Telekom as part of the European AI Alliance, which will interact with its TV service. Android TV precludes the use of alternative voice assistants to those of Google.

In Spain, Orange and Vodafone, the two leading alternative service providers to Telefónica, both announced at the end of last year that they would incorporate Amazon Prime Video into their offerings.

Vodafone announced a deal that will see it become the first Spanish operator to commercialise Amazon’s voice assistants Echo and Echo Dot as part of its smart home portfolio, but did not specify exactly when it will add Amazon Prime Video to its TV service.

Orange confirmed it would launch Amazon Prime Video at the launch of its Android box, along with new Spanish video-on-demand service FlixOlé.

Spanish regional cable operator Euskaltel became the first operator in the country to integrate the Amazon Prime Video service into its set-tops, in January, again via its base of Android TV devices.