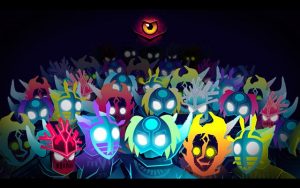 The BBC has launched its first multiplayer online game in beta to get feedback from users ahead of a full launch.

The game, Nightfall, is targeted at 8-13 year-olds.

The game begins when the players fall asleep, challenging young people and their friends to take on the role of Nightfallers – guardians of light fighting against darkness, and battling to banish every last nightmare from the dream world.

Once in the Nightfall dream world, players can take part in solo play while they find their feet and build their skills, but to make progress in the game, they need to work together to stand against the tougher ‘Nightmare’ challenges, according to the BBC.

The broadcasters already offers a range of games on CBeebies and CBBC online and in its children’s apps, intended to enable younger audiences to interact and play with their favourite BBC programmes and characters

“To date, those games have served great purpose in bringing our show brands to the ‘gamers’ in our audience. Building on that success, Nightfall is an exploration of how gaming is evolving as an entertainment format for younger audiences. Young players are becoming savvier than ever before and in response to this shift, one of our key focus points has been around the format of gaming itself. We want to talk to the audience in the most genuine language possible, a language, which now is for many, a native one,” said Will Storer, senior product manager, design and engineering, in a blog post.

Storer said that Nightfall was intended to combine elements of gaming that felt genuine to the gaming audience with the BBC’s mission to inform, educate and entertain.

The game includes social elements like Emojis, but in an environment that is designed to be safe. Unlike other BBC games, Nightfall is not linked to a single programme or character but is able to integrate a range of other BBC brands.

The beta trial will see a limited audience group playing the game, and players will be able to sign up to play via the existing BBC iD system.